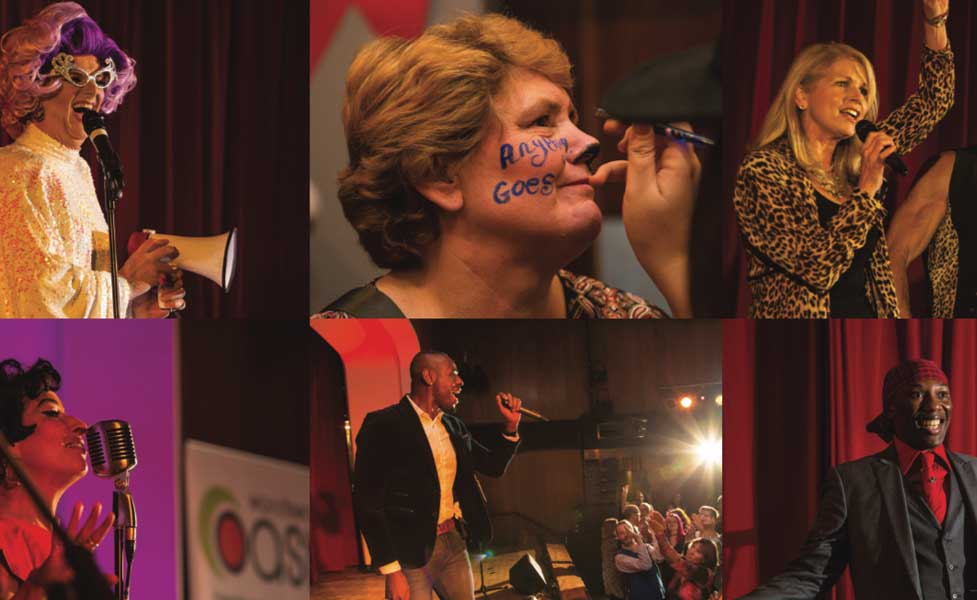 Run by Wandsworth Oasis, who we work with often, the Red Ribbon Cabaret is a yearly event of music, comedy and cabaret to raise money for HIV and AIDS charities.

In 2016, we sponsored this fantastic event and enjoyed a great night and helped make a difference within our community.

The concert raised funds for Wandsworth Oasis – a charity selling donated items across their seven shops to raise money for those living with HIV. So far, they’ve been able to give more than £350,000 in grants to other charities working with people living with HIV or undertaking prevention work.

2016 was the fourth year of Red Ribbon Cabaret and was hosted by broadcaster Parl Ross.were ones sensation Tight Fit also made an appearance singing th1980smber one hit ‘The Lion Sleeps Tonight’.

Paul Ross said, “It was a great night, and it was incredible to see Tight Fit on stage again. They were one of my favourite bands from the 1980’s.”

The show also featured Ben Ofoedu from Phats and Small who belted out his hit ‘Turn Around’.

Many other acts and entertainment added to the bill, such as:

Our Work With Cangro and Brook House Nursing Home

We're pleased to announce our involvement with the Landlord pledge set up by Wandsworth Council As...

The festive season is here! Samuel Estates sponsors this year's event and raises over £600 for...

Lawrence Austin ran the Virgin Money London Marathon 2021 this past weekend in support of Sarcoma...